Niu Jie, which translates as Ox Street, lies at the center of Beijing’s Muslim quarter, which houses several mosques and a multitude of restaurants offering Beijing-style Muslim cuisine, also known as qingzhencai or huizucai. (The oldest mosque in Beijing is the Green Mosque and dates back to the 10th century!)

Muslim cuisine in China can be separated into Southern and a Northern, or Beijing, schools, both of which employ halal methods of slaughtering, but differ in the use of proteins. Northern Muslim cuisine focuses mainly on beef, while Southern proteins are usually mutton or lamb, along with duck, shrimp and geese. Islamic restaurants can easily be identified by Arabic writing.

While in Beijing, we couldn’t miss the opportunity to visit one of the many huizucai restaurants, which offered a mixture of Southern and Northern-style dishes: 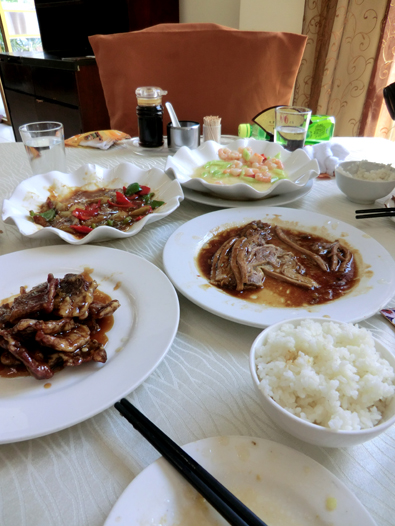 True to Beijing-style restaurants, rice has to be ordered separately and comes in tiny bowls, and might actually be offensive because it implies there wasn’t enough other food, or that you didn’t enjoy it. Westerners like us of course get cut some slack there. We enjoyed a variety of dishes, and couldn’t pass up one made with mutton: 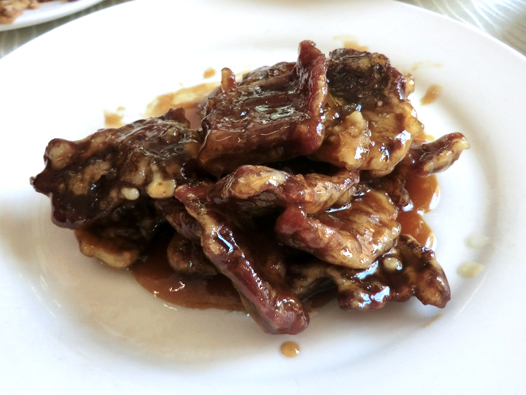 The mutton was crispy and came in a mildly spicy brown sauce, but, being mutton, wasn’t the easiest to bite through while being held with chopsticks. 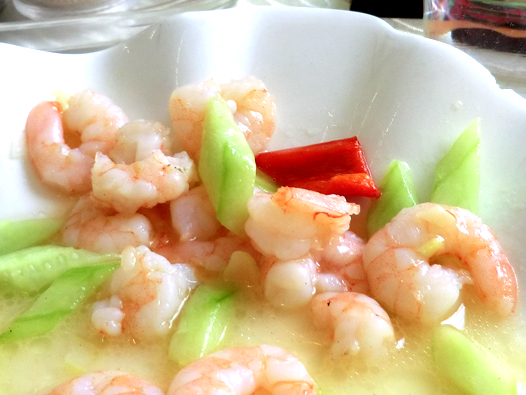 This was probably my favorite dish, though it was closely rivaled by sweet and spicy eggplant that I failed to picture before we devoured most of it. Shrimp, cucumber and red peppers in a light, somewhat sweet sauce. I don’t usually like warm cucumber, but this was wonderful! 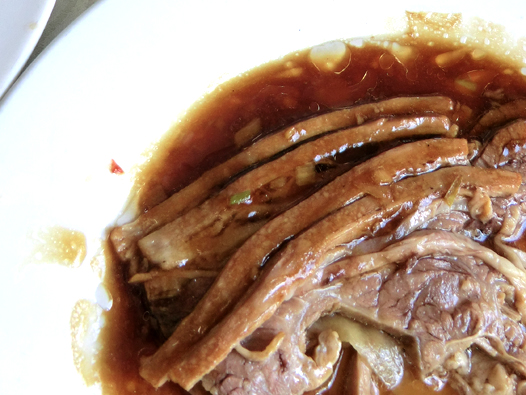 And finally, a Beijing-style beef dish. This came with tons of fat on the meat and swimming on the sauce, which wasn’t wonderful to me. However, the Chinese often leave on significant amounts of fat and enjoy it very much, and you can even specifically order “fatty beef”. Most likely it’s an acquired taste.

Overall it was a very interesting experience, and while I loved two of the dishes, two others didn’t really win me over. I’d definitely recommend the experience to visitors, as well as a trip to the Green Mosque!

Do you eat halal food, or follow other specific preparations? How easy/hard is it for you to travel or eat out? Have you discovered other cuisines that offer interesting additions to your standard fare?