My CSA shares included cubanelle peppers several times, and, being German, I really don’t know much concerning peppers other than bell and Hungarian peppers. I was completely clueless what to do with these.

Fortunately a Puerto Rican fellow graduate student in my Department beamed at the mention of cubanelles and launched into an explanation. Turns out cubanelle peppers are pretty much the only peppers used constantly in Puerto Rican cooking, and when I asked what recipe a first timer to the cuisine should make, I was immediately told to go with sofrito.

Sofrito is a sauce that goes on anything, especially starches such as rice and beans, but also on meats. It can be eaten hot or cold, and is both intense in flavor and in aroma. A great post on traditional sofrito can be found here.

So here’s the recipe Alice gave me for sofrito: 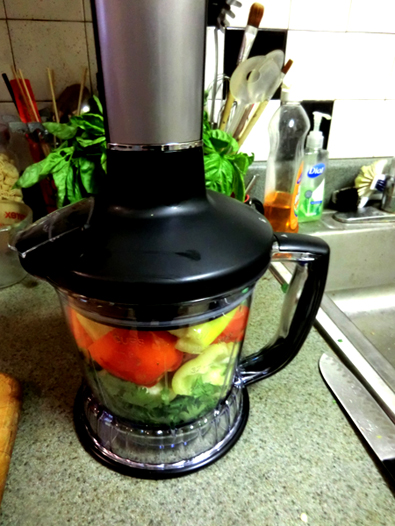 5. Add all ingredients to a food processor (this was the inaugural recipe for the wonderful Warrior Handheld Blender

that my wife surprised me with!). You should get about 4 cups of sofrito, which freezes really well when pre-portioned. 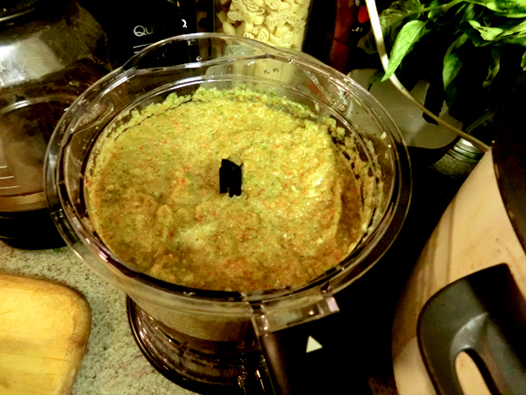 6. Use on rice, chicken or pork, or stir fry rice and beans. I used it here to top steamed turnips (also in my CSA haul!). 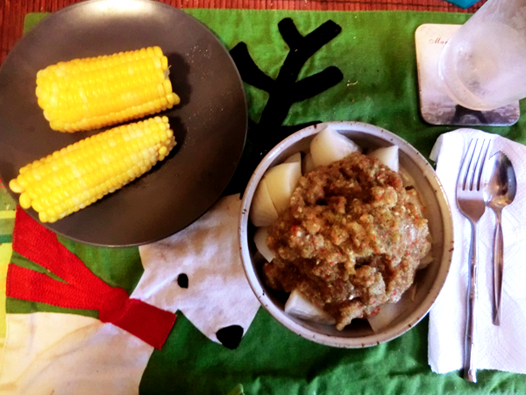 Your entire kitchen will smell intensely of Puerto Rico, and your taste buds will thank you! 🙂
Do you have other recipes you like to use cubanelle peppers in?